Human cingulate cortex is involved in many different functions including conflict monitoring, decision making, movement and pain. This functional variability is reflected in anatomical specialization: the cingulate is composed of multiple, cytoarchitectonically distinct, sub-regions (1), each with distinct patterns of anatomical connectivity revealed by tracer studies in non human animals (2, 3, 4). Given the importance of the cingulate in human diseases (5, 6, 7), the ability to identify and investigate these sub-regions in vivo in the human brain would be beneficial. Here, we tested the possibility of defining anterior, mid, and posterior human cingulate sub-regions with automated probabilistic tractography.

Connectivity-based parcellation of cingulate cortex identified three sub-regions with distinct patterns of connectivity, oriented from anterior to posterior and consistent across subjects (Fig. 1). 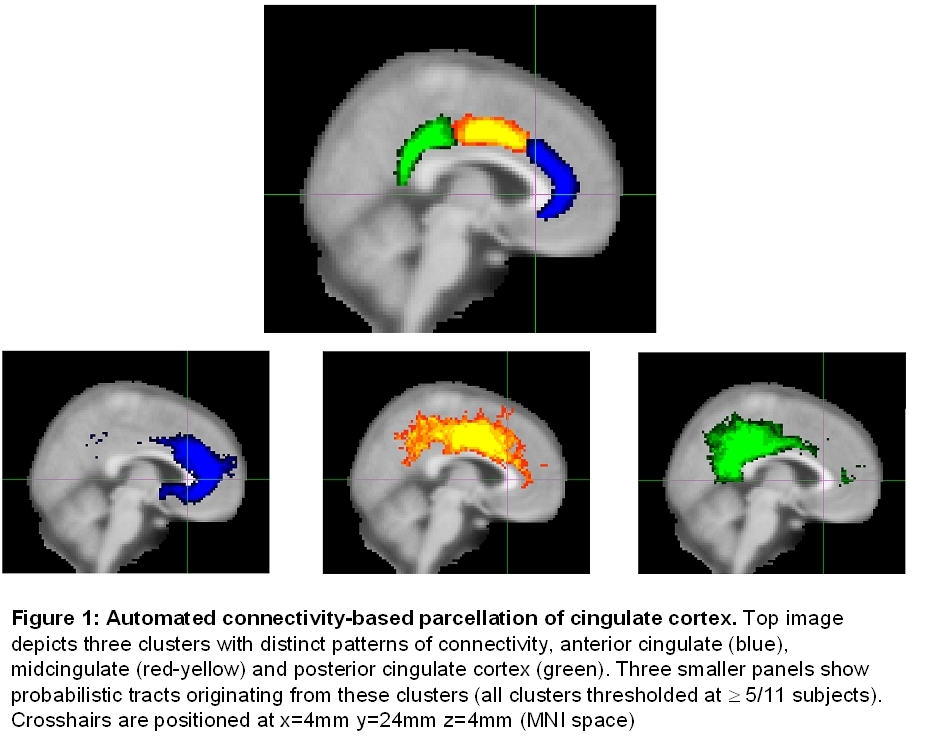 Classification of cingulate voxels according to their probability of connections with target ROIs resulted in clearly distinct clusters of voxels with specific spatial distribution (Fig. 2). 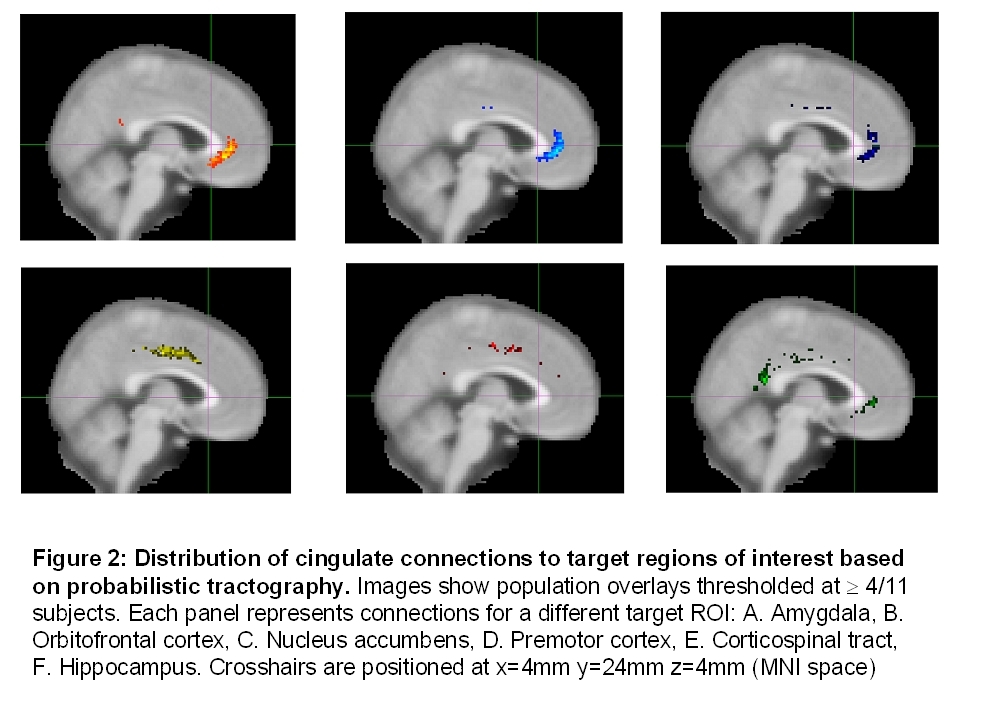 The anterior and subgenual cingulate cortex has strong connections with brain structures carrying reward and reinforcement information such as the nucleus accumbens, amygdala, and orbitofrontal cortex, consistent with our previous study of the subgenual region specifically (11). The midcingulate proved to be part of the motor network with connections to the premotor cortex and the corticospinal tract. In other primates the hippocampus connects prominently to two cingulate regions, the most posterior and the most anterior. A similar pattern was observed in the current study. Mapping these clusters onto the initial connectivity-based parcellation (Fig. 3) suggested that these connections may have been improtant determinants of the automated parcellation carried out in the first stage of the analysis. 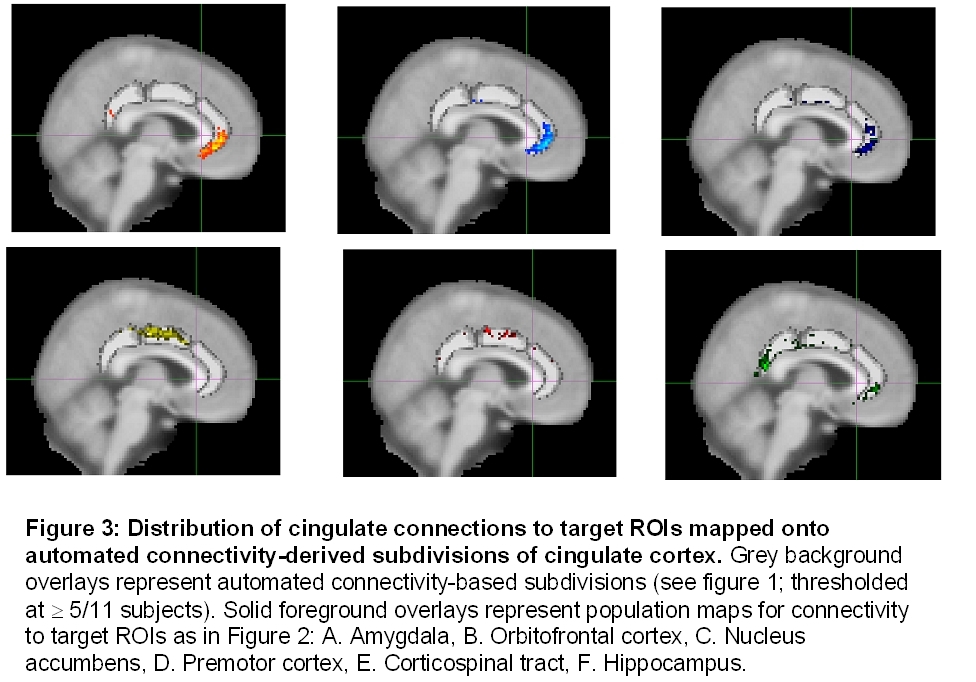 In conclusion, our results demonstrate the possibility of identifying sub-regions of the human cingulate cortex, in vivo, by virtue of their different patterns of anatomical connectivity.