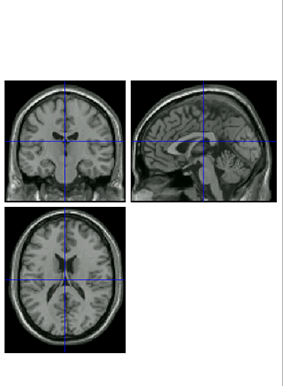 When you open your MRIs you might notice that the orientation might be a bit different than the template: 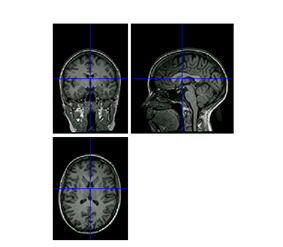 First thing to do is to reorient the image to match as close as possible the template. The most common adjustment that needs to be made is the "pitch", as with most images you will need to tilt the head forward, to be fairly similar to the template. Since matlab (and SPM) work with radians and not degrees as units, we enter the value pi/10 = 0.3142, ~18 degrees (1 radian ~57 degrees). 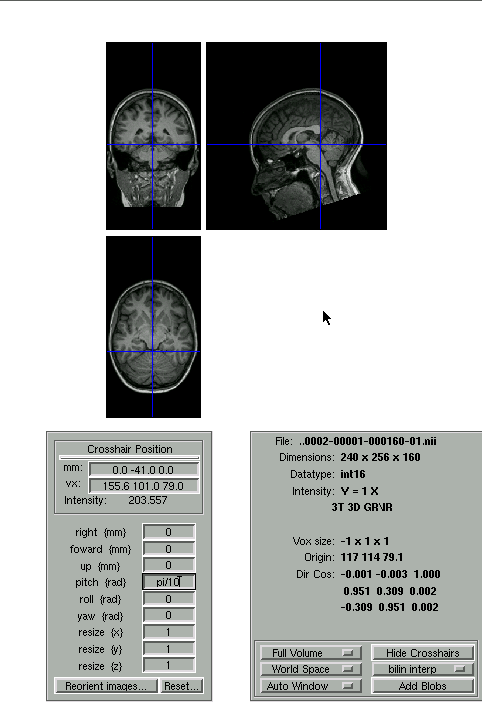 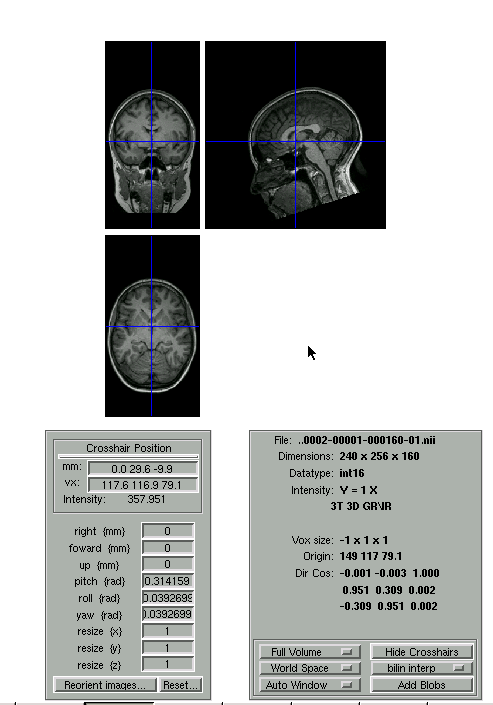 Define the anterior commissure as the origin

When opening a structural image in SPM, the origin of the image is not registered to specific anatomical landmark, it is just positioned to the centre of the image. We use the anterior commissure as a landmark for the origin (also is the origin in the Template MRI used by SPM). The anterior commissure is an easily identifiable landmark (see http://imaging.mrc-cbu.cam.ac.uk/imaging/FindingCommissures). To move the crosshairs to the origin, SPM has a not very obvious button, a very narrow rectangle underneath the "Crosshair Position" panel 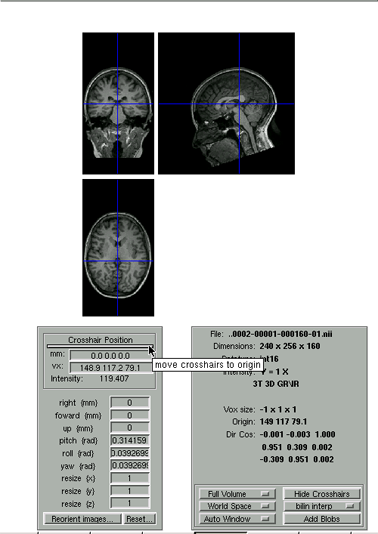 After the anterior commissure is defined, it's coordinates relative to the existing origin are found in the "Crosshair Position" box, defined in mm, for the x,y,z axes. For the the structural below this corresponds to [0.0 31.3 -11.6]. 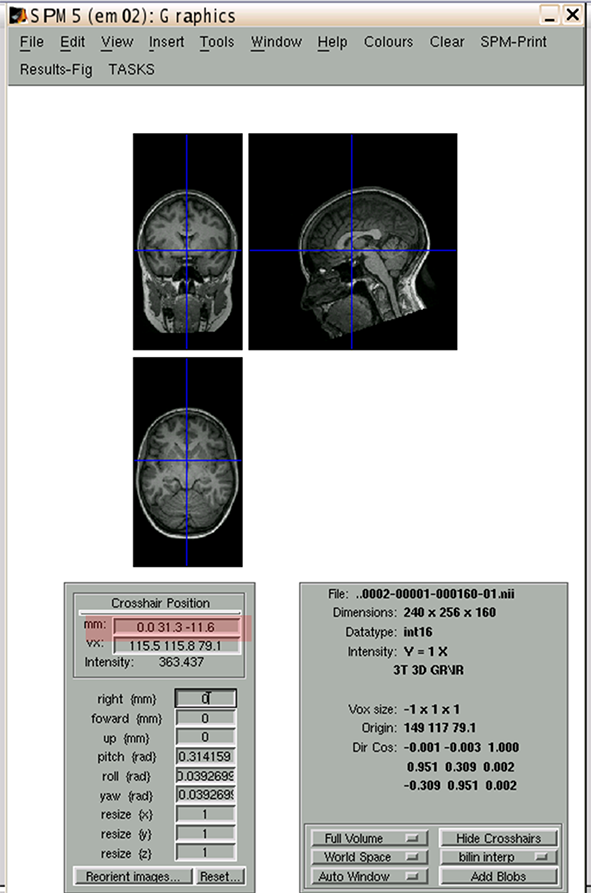 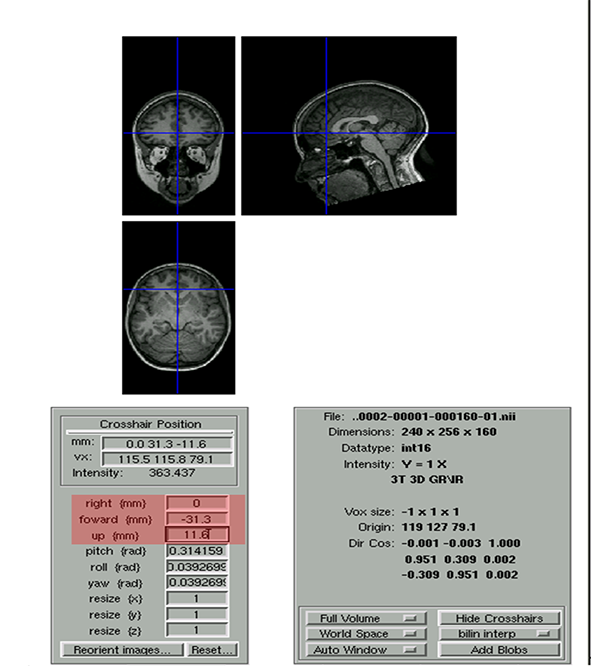 Click the "Reorient Images" button and select the file with the structural image which will then be reoriented. 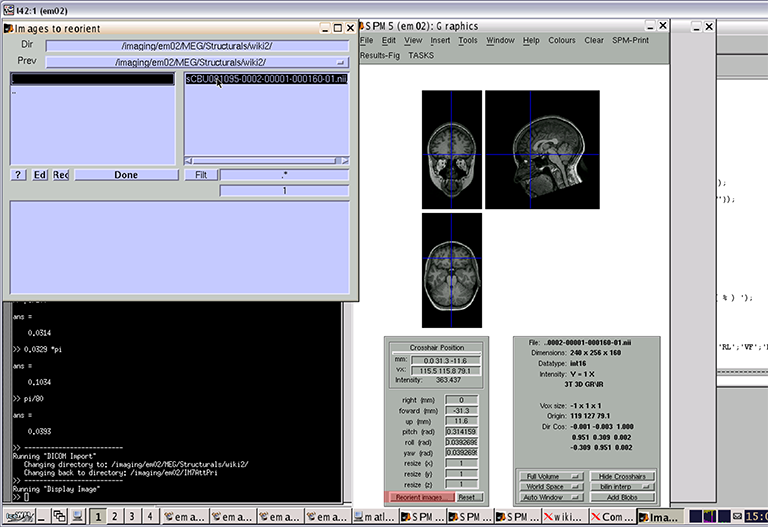 To make sure that the process has succeeded, open the structural image again and click the the button underneath the "Crosshair Position" to move to the origin. If everything is correct the crosshairs will move to the anterior commissure and the xyz coordinates will be [0.0 0.0 0.0] 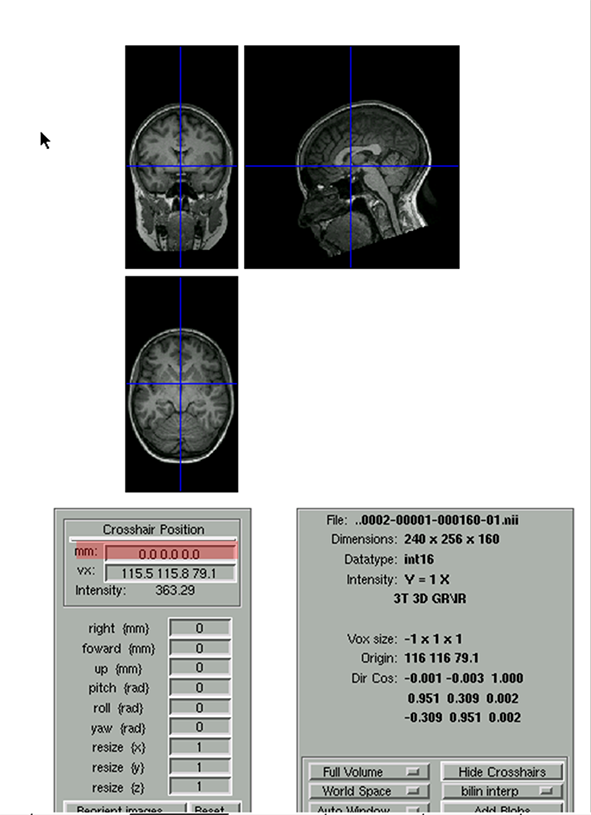 Finally, the fiducials can then be marked on the repositioned MRI. The image below shows the marking the nasion on the MRI and its coordinates. 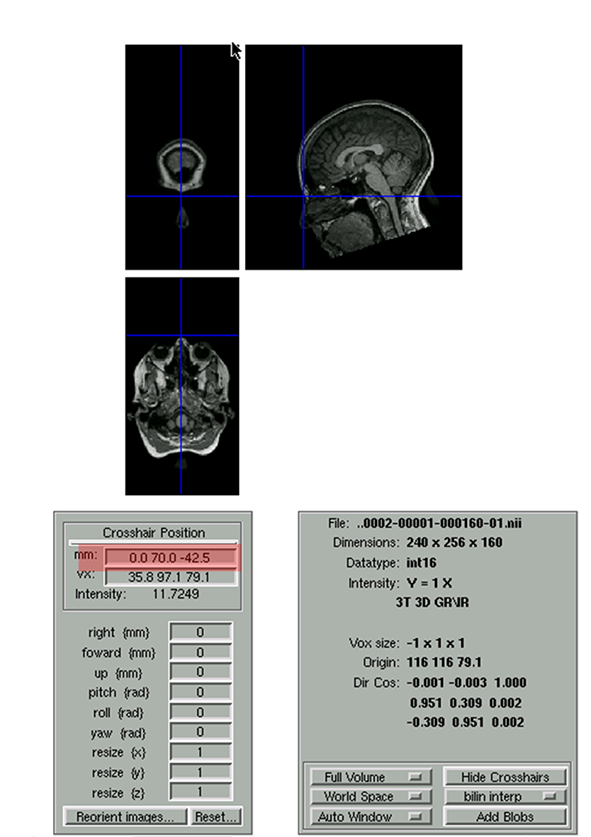