The pictures below show the standard "10-20" system names for the EEG caps that are currently used in the MEG lab. This would be helpful in order to have a reference of where a channel number (1-74) is in terms of the 10-20 system. Since the MEG lab has two types of caps, the old blue ones and the newer white ones, there are two images below showing the channel names for both:

(Look here for a description of our Vectorview system, including sensor and electrode layouts). 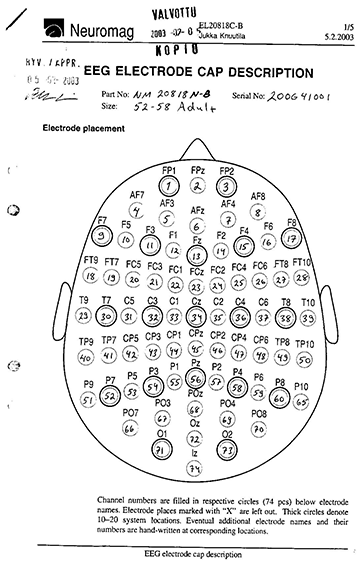 Attached is also an Excel sheet with the channel names, numbers and pins (for the old caps; for the new, replace FP1/FP2 with PO9/PO10 respectively)